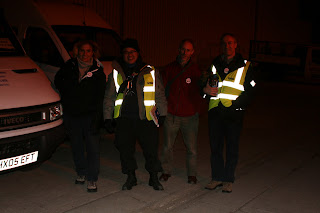 My last shift ended at 11pm. I was driving 16 seater minibus between Hammersmith and Victoria, with the help of a brilliant navigator. Excellent team work. It's hard to believe that people want to work and wait to make themselves useful. Altruism at its best. 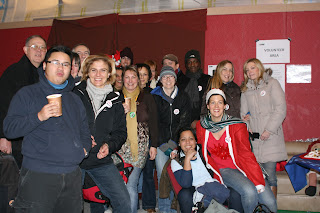 So this is Christmas, no turkey and trimmings here, just some airline meals from Qatar Business Class, lots of tea, coffee and mince pies. All happy people, even reluctant to go home, and we had homes to go to. Unlike the people we were driving through London on freezing Christmas Day 2010.
Posted by 1stLondonDrivingAcademy.com at 01:16 No comments:

Yet another Christmas is coming, yet again I'm going to spend it driving around London, taking "guests" (homeless) and volunteers from one centre to another.

It all started when I was getting divorced knowing I'm not going to have anyone to spend Christmas with or not wanting to spend it with anyone. Christmas is so boring and mundane. Perhaps for good few years I was in the wrong crowd. It would be nice to be somewhere in the chalet up high in the Alps, sipping Vin chaud, in front of a blazing fire, embraced by a soul mate, relaxing after a days skiing. So far this is the possible future but because of the lack of thy soul mate the only other alternative is spending it among the other wondering souls who find Christmas like me...too materialistic and boring. Charities like Crisis are helping far more people than just the homeless. Three years ago there were 2k of homeless, yet there were 8k of volunteers. With all the money raised every homeless could have their own house bought. But what would all the volunteers do with themselves at Christmas then? Eat till you can't move, drink till you drop and then whinge about getting fatter or becoming more depressed because the mother-in-law's expectations were not met with all the festivities not being to her taste.
How many jobs are crated by charities like Crisis that give meaning to many lives and bring people together?
So I'll be driving, admiring London in a 16 sitter mini buses (or whatever vehicle) wondering why people are homeless, seeking out the con artist trying to pretend being homeless so they can pick pocket the vulnerable and unaware volunteers. New experiences, new people...lessons in life at Christmas (not a boring one)
Posted by 1stLondonDrivingAcademy.com at 01:09 No comments:

When China and Britain meet for informal road safety chat. 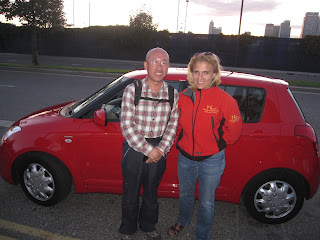 On the 20th of September 2010 I met up with Xinhua Nan (南新华) China Road Transport Association Zhengzhi Car Stunt Club  http://www.qicheteji.com/index.php.  http://www.qicheteji.com/video/shidai1.htm
Mr Xinhua Nan has chosen 1st London Driving Academy as an example of how  driver training is delivered in the UK. He’s researching the world markets in order to publish  his book on driver education.
China, one of the BRIC countries, is one of the fastest growing economies in the world. With over one billion people, eighty thousand die on their roads every year. Which comes as  no surprise, because tests can be taken after a mere 15 driving lessons. Most of which teach car control. According to Xinhua Nan research, UK system is the best he has come across. He hopes to change those statistics with improvements in driver education.
Posted by 1stLondonDrivingAcademy.com at 23:56 No comments: 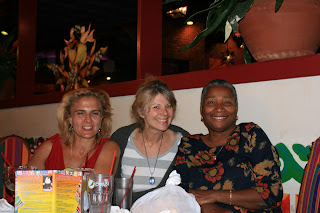 Sometimes when searching for better experience we are surprised by what we find. What I've learned from my San Diego trip was that you simply don't really know someone until you meet and spend time with them. No amount of emails and phone calls can surpass the personal interaction. I'm aware that being no longer emotionally anesthetized but very sensitive, intuitively reading other people, makes it impossible for me to accept any form of patronising, undermining, belittling. For many people, who's over inflated ego does not allow them to see the light will simply be unaware they are doing it. Maslow's self actualisation and transcendence simply does not equate with an over inflated ego.
Dining with Sally Busby http://sallybusby.com/ and Carolle Jean-Murat http://www.drcarolle.com/
﻿﻿ ﻿ ﻿
﻿﻿ ﻿﻿ 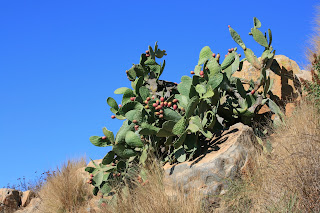 This Cactus plant is called figidindia (at least I think that's how it's spelt). I have found it growing on the side of a cliff, on a walk to the top of mount Helix in La Mesa, San Diego. It became my breakfast for the next week... 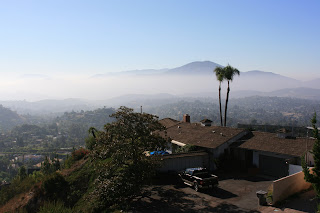 It seemed not only UK had a cold summer. The mist as viewed form Mount Helix, according to the indigenous population is apparently direct result of the British... 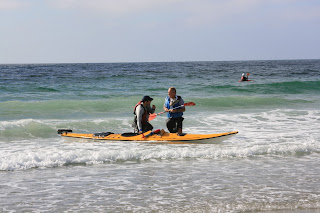 I went snorkeling in the Pacific, just I as I had decided I would do. Kayaking to the caves from La Jolla Beach and then going for a dip seemed like a good idea. Wet suit on, with a cold and a fever perhaps not too bright one...but hey where there's a will there's a way...I just told myself I will get better the next day...and I did! But not before I froze my nipples off!!! The only reward was a male seal who decided to preform some tricks in front of me...
Posted by 1stLondonDrivingAcademy.com at 00:12 No comments: